2019 has been a tough year for the airlines and a good year for air passenger protection laws.

The fierce price war between budget and full-service airlines caused bankruptcies in India - Jet Airways, Slovenia - Adria Airways and even killed the oldest travel company in the UK - Thomas Cook.

Sadly, the ones that suffer the most are usually air travellers.


Clear standards of treatment for air travellers are certainly necessary. The European Union has its EC 261, and recently Canada passed a Passenger Bill of Rights to improve consumer protection.


It is time for a change in the USA too.

Right before going on recess, the US Senate introduced a bold law aiming to improve air travel in a meaningful way. The proposed Airline Passengers’ Bill of Rights wants to increase passenger compensation and provide protection against unreasonable airline fees. It would require airlines to refund passengers automatically in case of damage, loss or delay of baggage. The Bill also addresses the issue of ever decreasing seat size and legroom to guarantee passenger safety.


To fully comprehend the scale and scope of the proposed changes, we would have to look at the currently existing legislation in the USA.

What is your entitlement in the existing Bill of Rights?

Under the current rules regulating the US airline industry, if passengers are denied boarding, they are eligible for compensation.

When an air carrier has oversold its international or domestic flight, it is required to first look for volunteers willing to give up their seats.

What are your rights if you give up your plans to fly voluntarily?

In case of voluntary bumping, you are entitled to compensation from the airline. However, the amount or form of this compensation is not specified. This means that you will have to reach a personal agreement with your air carrier.

What are your rights if you are denied boarding involuntarily?

If the airline does not find volunteers, you may get involuntarily bumped from your flight. In this case the airline has to offer a replacement flight and you may be eligible for compensation. The amount will depend on the delay at arrival. Currently, the maximum compensation is set at $1350. It is due if you arrive more than 2 hours later than the original scheduled arrival time (4 hours for int. flights). Yet, if you arrive at your final destination less than an hour after schedule, you get $0 compensation. 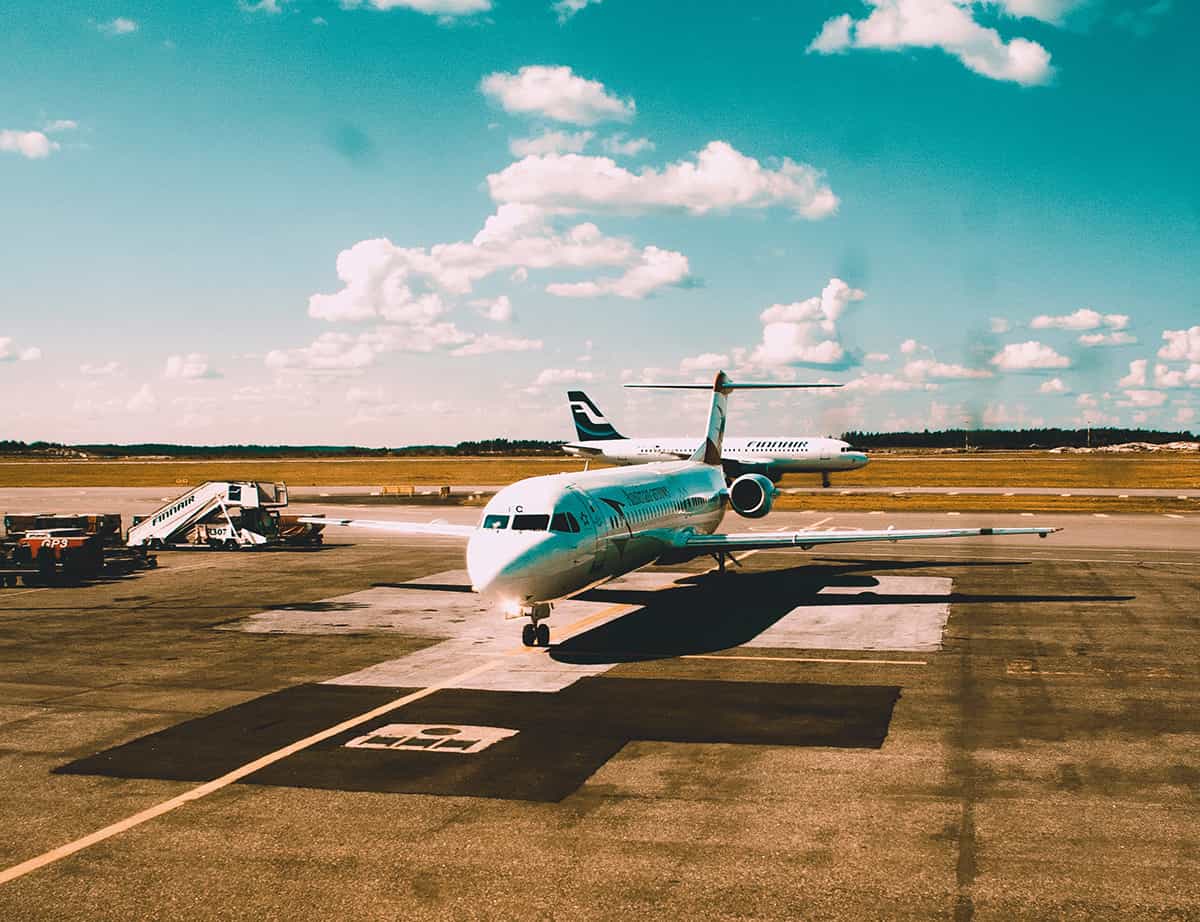 If a long tarmac delay occurs, airlines must:

Note that the pilot is allowed to keep passengers on board even longer if there are any safety or security concerns.

In case of baggage issues, you may be eligible for compensation of up to €1,300 (about $1,430). If your luggage is delayed, under the Montreal Convention airlines are required to cover your expenses for basic necessities.

If your luggage was damaged or lost, you should file a claim in writing while you are still at the airport. In the USA you file a template letter called Property Irregularity Report (PIR).

US regulations do not mandate any special rights or compensation for flight delays or cancellations. In case of flight disruptions, you are advised to contact you airline and reach an agreement on your own.

In contrast, EU regulations require air carriers to pay up to €600 (currently about $660) to passengers who have experienced a flight disruption. This is also the case if an EU-bound flight originates in the USA and the operating airline is registered in the EU.


Air carriers are freed from this obligation only if the reason for the flight disruption is extraordinary circumstances. Examples of such Force Majeure situations include inclement weather, political or civil unrest or a decision by air traffic controllers.

As you can see, passenger rights in the USA seem to be rather limited in comparison to the rules in Europe. The recently enacted Airline Bill of Rights in Canada adds further urgency to this issue. It is time that US lawmakers do something meaningful to protect airline passengers in the USA too.

Changes under the new Airline Passengers' Bill Of Rights?

The new legislation, if passed, would significantly strengthen existing rules and even introduce new ones.


If your flight is overbooked and you volunteer to give up your seat.

In case of voluntary bumping, the airlines would not be allowed to cap compensation payable to volunteers. What is more, the carrier would be required to pay your compensation in cash.


If you are denied boarding

For cases of involuntary bumping, the amount of $1350 would be set as the minimum compensation for passengers affected by oversold flights.

Currently this is the maximum amount. For delays up to 1 hour passengers get no compensation.


If your plane is stuck on the tarmac

The new provisions would require lavatories and potable water to be available and free of charge, any time, to all passengers on board the aircraft.
Airlines would also have to ensure access to lavatories that can accommodate passengers with disabilities.


If your luggage gets damaged, delayed or lost

Under the new Airline travelers’ Bill of rights, air carriers would be required to promptly compensate passengers for baggage issues.

If your suitcase gets damaged, the Bill would require automatic refund of any checked baggage fees.

What is more, if your bags get delayed, lost or damaged, the airline would have to contact you, using your chosen method of communication. They would have to inform you about the procedure for obtaining a refund and the amount you are owed.


If your flight is delayed or cancelled

The proposed Bill of passengers’ rights seeks better protection in case of flight disruptions when the reason is within the control of the airline.

Typical examples here would include routine maintenance of the aircraft, and crew scheduling. You’d also be eligible if the disruption is caused by IT functional issues or problems with ground handling.

Just like in Europe and Canada, compensation would depend on the length of the delay.


If your flight is delayed 1 to 4 hours

The new Bill would ensure better traveller protection if you arrive 1 to 4 hours after the original scheduled arrival. You would be eligible for an automatic refund of the ticket price.

The air carrier would also have to offer an alternate flight - either one of its own or a flight on another airline.


If your flight delay exceeds 4 hours at arrival

For long delays, air carriers would have to automatically refund the amount paid by the passenger and offer a replacement flight again.

In addition to the above, air carriers would have to pay  $1350 compensation in cash. Passengers would also be entitled to an amount equal to the cost of a meal.

In case the delay extends until the following day, in addition to all of the above, the air carrier would be required to cover accommodation expenses. 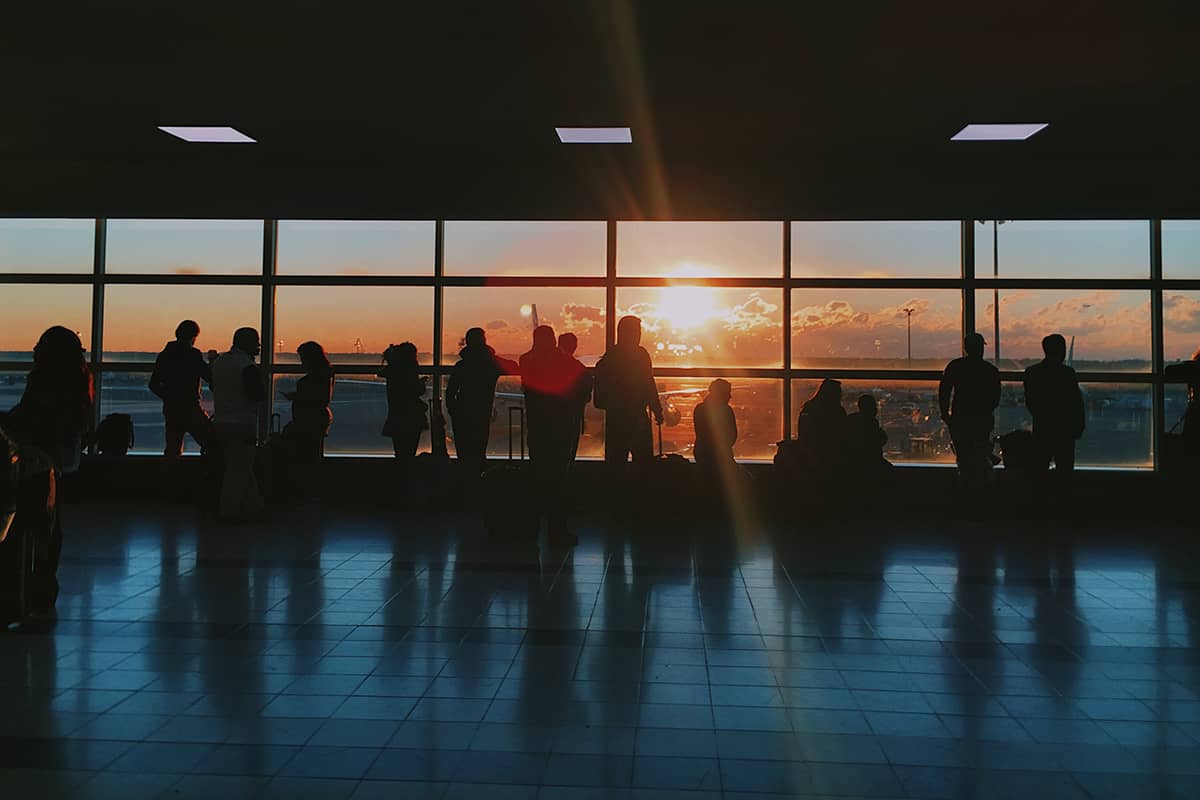 If the delay was attributed to Force Majeure events

Note that airlines are typically freed from liability if the reason for the delay is outside of their control.

This however, may sometimes lead to what the new Bill calls a ‘Deceptive practice’. The law wants to ban airlines from groundlessly attributing delays to Force Majeure events.

In addition to the passenger protection detailed above, the new Bill outlines other important rights.

The new Bill of Rights aims to offer protection against unfair fees. Airlines would be banned from imposing fees that are unreasonable and disproportionate to the costs incurred. This would include change or cancellation fees, checked or carry-on baggage fees or seat selection / reservation fees.

Under the new law, airlines would be:

For health and safety reasons, the new Bill aims to set a reasonable minimum size and pitch for airplane seats.

Airlines would also be expected to publicly display these dimensions. The goal is to make sure you see seat/ legroom and aisle dimensions during booking.

The Bill also requires an analysis of the state of competition.

This issue is especially important after the consolidation of US air carriers after January 2000.

The Bill requires all current passenger complaints to be reviewed and reported.

It also wants airlines to be banned from negotiating with FAA to reduce penalties for the violation of passenger rights.

Under the new Bill, passengers would have the right to civil action within 2 years after a violation has occurred.

What is more, airlines would be banned from including class-action waiver clauses in their contracts. Carriers would have to inform passengers of their rights to file claims at the time of the ticket sale.

Airlines would also have to include a hotline number, an email address or an active link for submitting claims.


The new Bill of rights for airline passengers is obviously ambitious. Will it take off?

Some sceptics say this is unlikely as the project has a lot going against it. Others, however, believe that with an election year coming up, the new Bill is set to fly.