Currently, UK Civil Aviation Authority (CAA) is engaged in the biggest peacetime repatriation effort trying to secure alternative flights to take passengers back home. Airports are in chaos, some holidaymakers are being held to ransom by affected hotels and resorts in various parts of the world.

What caused the demise of Thomas Cook? And why did the British Business Secretary send a letter to the insolvency services asking them to investigate the conduct of the travel firm’s chief executives?

Read on to find out the story behind the collapse of one of the oldest tour operators in the world.

The birth of the package tour

Thomas Cook is credited as the inventor of modern day package holiday. 178 years after its start, the company operated hotels, resorts and airlines in 16 countries.

How did it all start?

A decade of debt at the travel company

After an (ultimately destructive) acquisition spree, Thomas Cook reached near collapse back in 2011. Citing bad trading, the travel firm secured a £100 million credit from banks, which took its net debt to £1bn. Shares plunged 75% on the news of a second request for an additional lifeline of £100 million. In spite of all the trouble however the tour operator was ultimately saved.

However, in the following years, it burnt through this funding and incurred new debt.

In May 2019 the travel firm reported a £1.5 billion loss for the six months ending in March 2019, including a £1.1 billion write-off resulting from its ill fated takeover of MyTravel.

The oldest travel company was in need of fresh funds to help tide it over the winter. 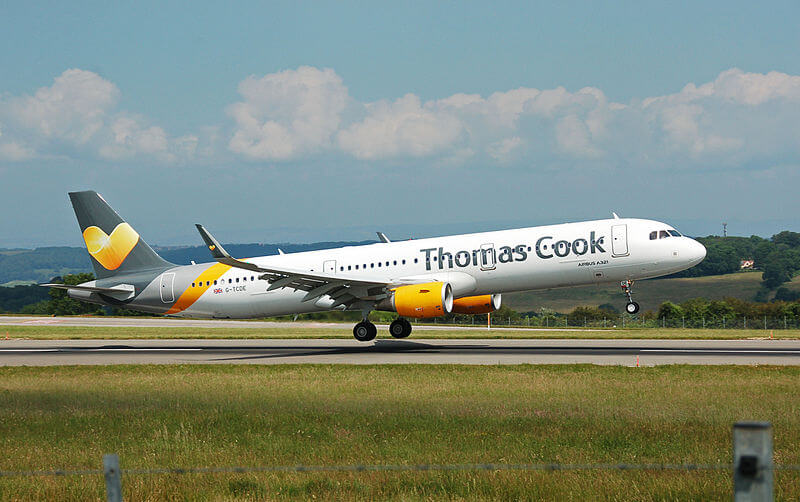 Demise: a timeline of the travel company's collapse

The Chinese firm had bought a stake in Thomas Cook back in 2015 as part of its plan to build a global holiday conglomerate. It was now ready to provide the cash in return for a majority stake. The plan however required banks to write off £1.7 billion in Thomas Cook debt.

Meanwhile, Spanish hoteliers and the Turkish government offered to invest £200 million in the ailing company to limit the potential damage to their tourism industries, say media reports.

By September Thomas Cook executives were in heated talks over a £1.1 billion  rescue deal. Negotiations however ended poorly as banks demanded the travel firm to raise a further £200 million in contingency funding.

This proved to be an impossible feat and the company entered compulsory liquidation on Sept 23, 2019.

Reasons: Why did Thomas Cook fail?

The last few years have been tough for the holiday and airline industries as a whole.

After the bankruptcies of WOW Air, Germania and Jet Airways, the low cost carriers started a fierce fare war. Combined with the high fuel costs it squeezed margins and hurt profitability.

Yet the reasons for the collapse of a travel giant like Thomas Cook are not simply financial, they are actually rather complex.

In the wake of the Thomas Cook collapse, CEO Peter Fankhauser made a public announcement expressing his regret and apologising to his colleagues.

However, soon after his speech, shocking Thomas Cook news leaked out. Media revealed he had earned more than £8.3 million in bonuses for the period between 2014-2018, including a 2015 bonus of £2.9 million.

Former executives came under fire as they were reported to have pocketed more than £35m in the last 12 years while the company was quietly going under.

As a result, the Business Secretary sent a letter to the Insolvency service asking them to scrutinize the bosses’ actions.

‘I ask that the investigation by the Official Receiver looks, not only at the conduct of directors immediately prior to and at insolvency, but also at whether any action by directors has caused detriment to creditors or to the pension schemes.’For the full text of the letter click here. 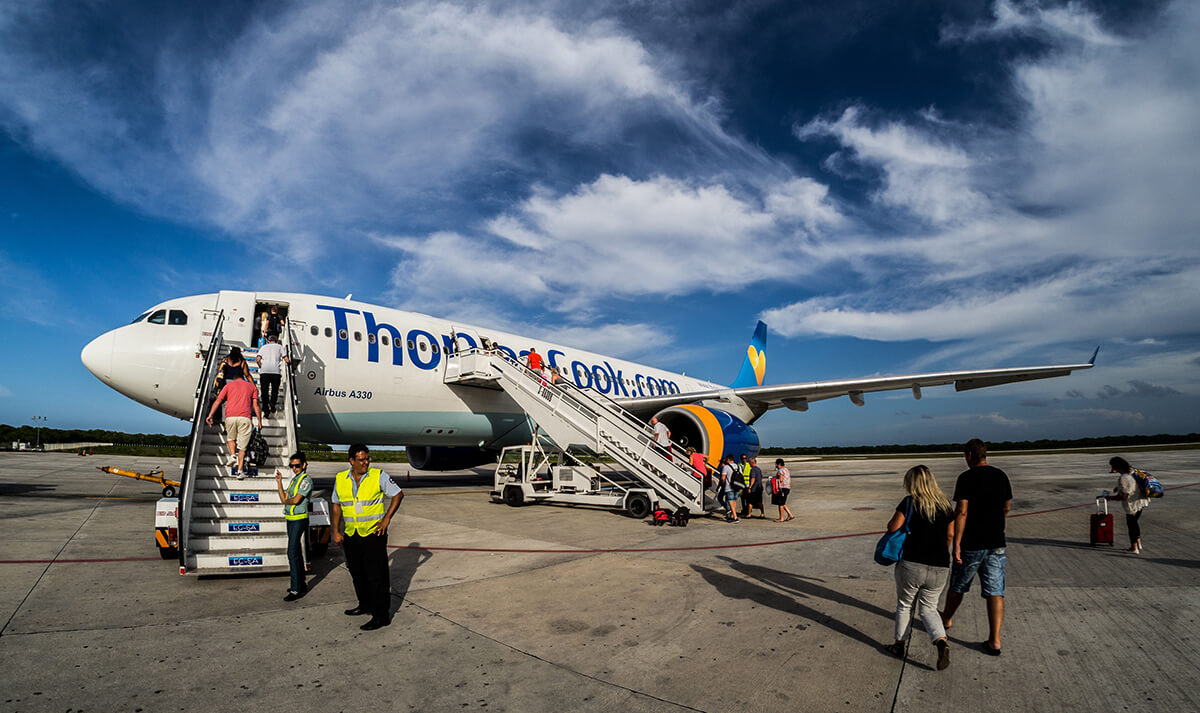 September 23, 2019. The travel giant ceased trading, its planes were impounded, its employees received emails with the official announcement. 22,000 staff lost their employer, 9,000 of these in the UK.

More than 600,000 of the travel firm’s customers were on holiday at the moment. 150,000 holidaymakers were stranded abroad.

The UK CAA started the biggest repatriation operation in peacetime history. It called it Matterhorn - after one of the hardest mountains to climb in the world. They promised all passengers would be placed on a return flight home within the following two weeks.

The rescue efforts involve over 40 jumbos that are expected to make over 1000 flights in total. The whole operation will probably cost the British taxpayers over £100 million.

Some holidaymakers complained they were being held hostage as the hotels were afraid they would not get paid after the collapse of Thomas Cook.

Many small scale hotels that were contracted by Thomas Cook may also go bankrupt, say analysts. Especially in typical ‘sunny’ destinations like Turkey, Spain and Greece.

What should you do if you are already on holiday?

The CAA has set up a dedicated website to help affected travellers.

ATOL: If you flew on a Thomas Cook flight as part of a package holiday, you are probably ATOL protected.

ATOL stands for Air Travel Organiser's Licence. It is a consumer protection scheme funded by industry levies. As Thomas Cook is an ATOL member, now that the company has failed:

In case you are not sure if you are ATOL protected, check here.

What should you do if you are stranded abroad?

The repatriation operation is already underway. The Department of transportation promised that customers booked to return to the UK would be brought home as close to their booked return date as possible.

Travellers who are already overseas should not go to the airport until their flight back home has been confirmed on the website.

Note that repatriation flights are available only for passengers whose journey originated in the UK.

What should you do if you are having difficulties with you accommodation?

Thomas Cook package holiday customers will get their accommodation covered by the ATOL scheme.

If your hotel is requesting payment, you should call the helpline. In general, customers have been advised to not make a payment to their hotel unless instructed otherwise by the CAA team.

How can you claim your refund?

US CAA announced it would launch a special service to manage claims starting September 30, 2019.

As the number of affected travellers is huge, this promises to be a colossal operation in itself. Yet the CAA announced the refunds service “will seek to process all refunds within 60 days of full information being received.”

What should you do if your holiday with Thomas Cook has been cancelled?

Check if you are ATOL protected. Customers who book an ATOL protected holiday, receive a special ATOL certificate. Under the rules of the protection scheme, in case the company fails, you are entitled to a refund of your flight and accommodation expenses.

What will happen to the Thomas Cook staff?

9,000 staff is now unemployed in the UK only - pilots, cabin crew and maintenance experts. Companies that are hiring will probably fast track Thomas Cook staff, so some of them will be reemployed.

Virgin Airways already announced it was eager to hear from cabin crew and had set up a specific recruitment path to support Thomas Cook staff.

What will happen to the Thomas Cook aircraft and slots?

Thomas Cook had a fleet of 34 aircraft. After the collapse of the travel company, these will probably be sold out to the highest bidder.

What are slots? Busy airports, like Heathrow for example, cannot offer a landing or takeoff opportunity to all airlines so they sell landing ‘slots’. These can be really expensive and will probably be sold out too.

The story of an old self-confident empire that cherished tradition, failed to change with the times and made some bad decisions ends here. Could the future bring more of this? We’ll see.

Bankruptcies leave winners and losers. Unfortunately, the ones who are usually most affected by an insolvency are company customers and employees.