As well travelled as people are, they usually fly to and from busier airports, wait in lines at security, have a cup of coffee. In this blog post, we decided to compile a list of the world's smallest airports that you may be least likely to visit. Especially if you are not only visiting to see these gems of airports. 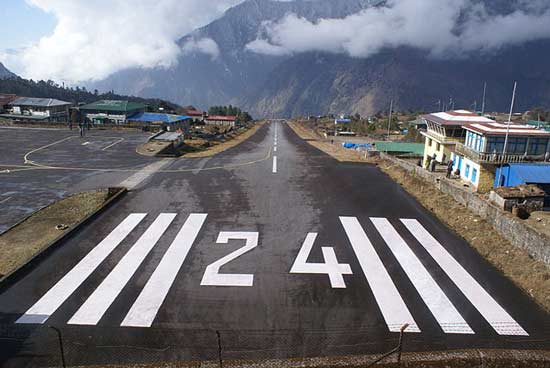 Tenzing-Hillary Airport is not only one of the smallest airports in the world, and also one of the most dangerous. Wikipedia lists no less than ten incidents that have occurred at the airport. One of the many things that makes it so risky is that it has one of the shortest runways in the world. In addition, the airport is surrounded by steep cliffs and a massive 700m drop which can make miscalculated takeoffs and approaches immensely dangerous.

The airport is located in Lukla in the east of Nepal. Tenzing-Hillary was built in 1964 but its runway was not paved with asphalt until 2001.

The airport is named after Sir Edmund Hillary and Sherpa Tenzing Norgay-- the first people to successfully summit Mount Everest, the tallest peak in the world. The two actively participated in the airport’s construction. In fact, Sir Edmund was particularly unhappy with the quality of the runway. Edmund Hillary planned to invite Sherpas to flatten the runway ground by foot-stomping.

Even though LUA is one of the smallest airports in the world, it saw nearly 120,000 passenger movements in 2016. One of the major reasons is that the airport is a common starting point for people visiting or attempting Mt. Everest. 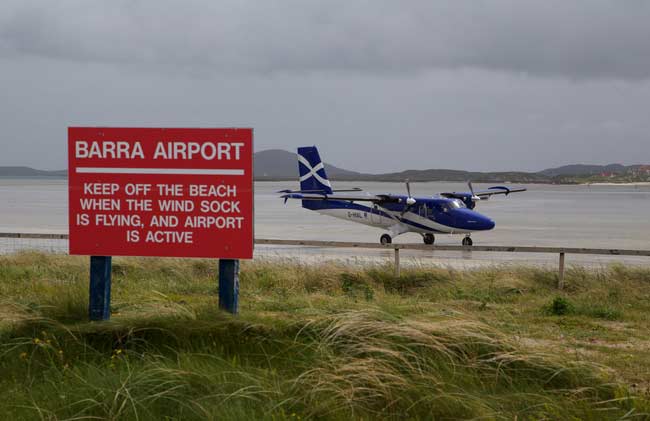 It is considered as one of the airports with the best approaches in the world. And in addition to being one of the smallest airports worldwide, Barra is the only one to have a runway made of sand. In fact, planes land on a beach, which is rather popular with common beach-goers.

The airport is also remarkably famous with filmmakers and has been heavily featured in movies where beach-landings are required.

Its three short runways form a triangle and there are wooden poles at their tips. It is always closed during high tide as its runways are left completely submerged. Thus, Barra Airport is only functional for a few hours each day.

The airport is located on Barra Island, beyond the northeast tip of Scotland. The only airlines currently using the airport are Loganair and Flybe. 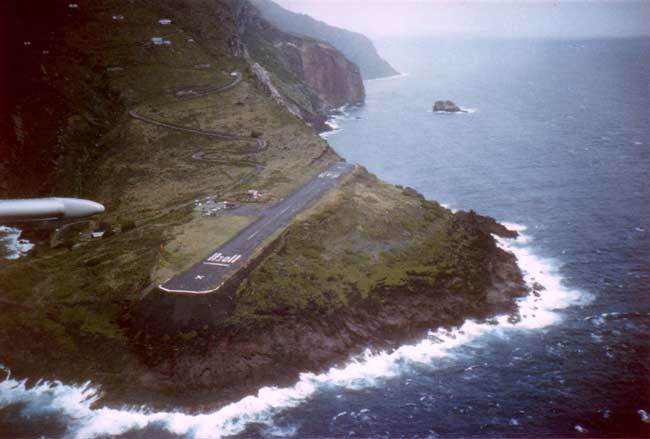 SAB is located on a small mountainous peninsula on the Dutch island Saba. It has the shortest commercial runway in the world-- it’s just 400m long! This tiny airport is served by just one commercial airline, Winair, which only operates in the Lesser Antilles. Its flights to Sint Maarten tend to be quite short- usually shorter than 15 minutes.

The airport is surrounded by cliffs that end steeply into the sea from three sides.

The official airport inauguration took place on July 24, 1963. Unfortunately, the terminal building was destroyed by Hurricane George in 1998 but was reconstructed in 2002.

Even though the airport has endured some tough periods, including a 6-month period without a single flight, today there are nearly 70,000 passenger arrivals and departures each year. 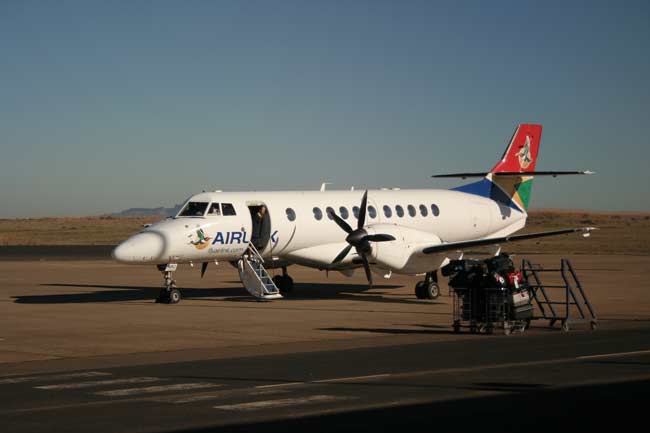 Moshoeshoe Airport serves Maseru, Lesotho’s capital. It sports two runways- one 3 km long and the other-- just 1 km. It is perched at 1,630 m above sea level. Moshoeshoe is only one of three airports in Lesotho.

Passengers can hop on a South African Airways service from one of the smallest airports in the world to Johannesburg O.R. Tambo, Africa’s busiest airport in the last decade. The latter's crowds must feel quite shocking at first. 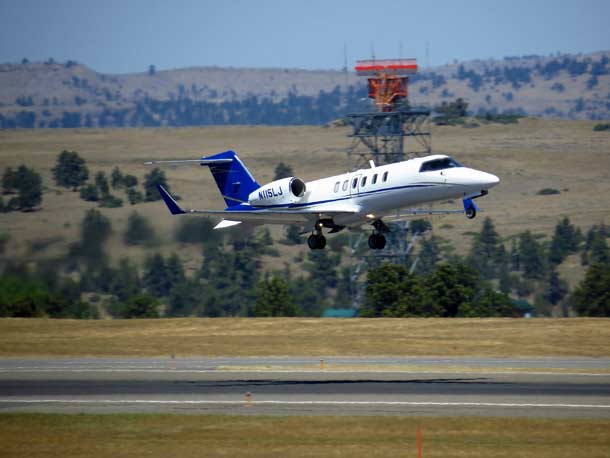 The Smallest Airport in the US:

There is a little caveat in giving Glendive Airport the Smallest United States Airport award. It is classified as a general aviation airport i.e. an airport intended for private transportation. It is not a commercial service airport.

Despite this, on its daily flights to Billings, Montana, Cape Air served more than five thousand passengers in 2016. Somewhat unfortunately, even once passengers arrive at Billings Airport, they would be limited to connections on domestic flights only. 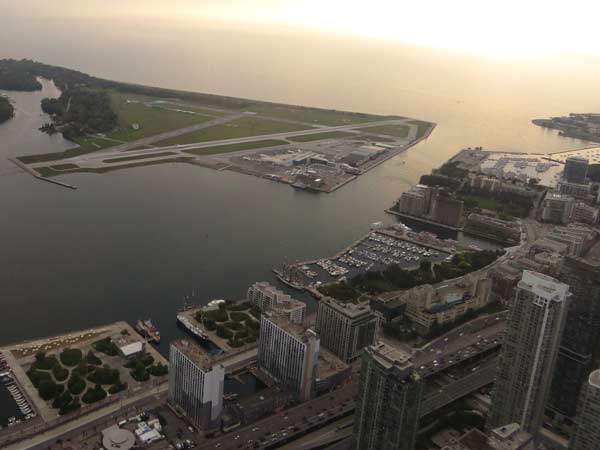 Even though Toronto City Airport should sound like a major Canadian hub, this is actually one of the smallest airports in Canada. It is, however, the ninth-busiest in the country. In 2017 alone, it accommodated close to 3 million passengers.

The airport bears the name of legendary Canadian pilot and Air Marshal Billy Bishop. It was opened in 1939 and was intended to be Toronto’s main airport but instead, Toronto Pearson took the honour. Since then, Pearson has become Canada’s biggest airport and is one of the busiest in the world, while Toronto City Airport remains one of Canada’s smallest airports. 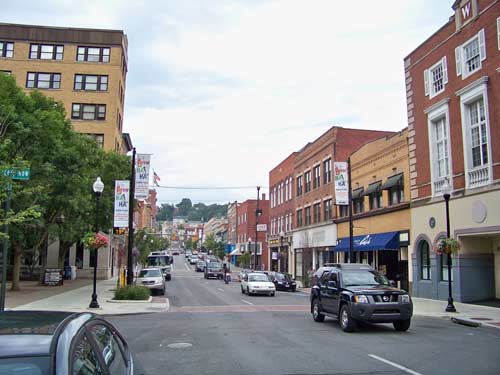 Morgantown Airport, sometimes referred to as Walter L. Bill Hart Field is a mostly general-aviation oriented airport. Nevertheless, there is one airline which operates regular scheduled flights-- United Airlines. It carries out flights to Clarksburg and Washington Dulles, one of the biggest airports in the United States.

Despite accommodating one of the biggest airlines in America, only 4% of operations are by jet aircraft. 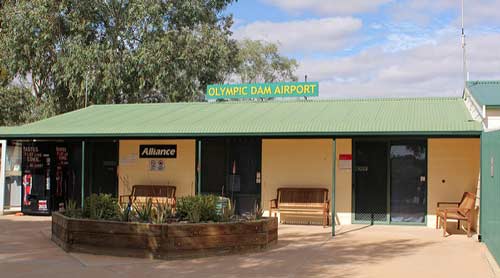 The only airline operating flights from the single runway of the smallest Australian airport is Alliance Airlines. The carrier provides a regular service to Adelaide.

Despite its small size Olympic Dam accommodated almost 75 thousand passengers in 2014. Its main purpose is to serve the Olympic Dam mine close-by, the largest single deposit of uranium in the world!