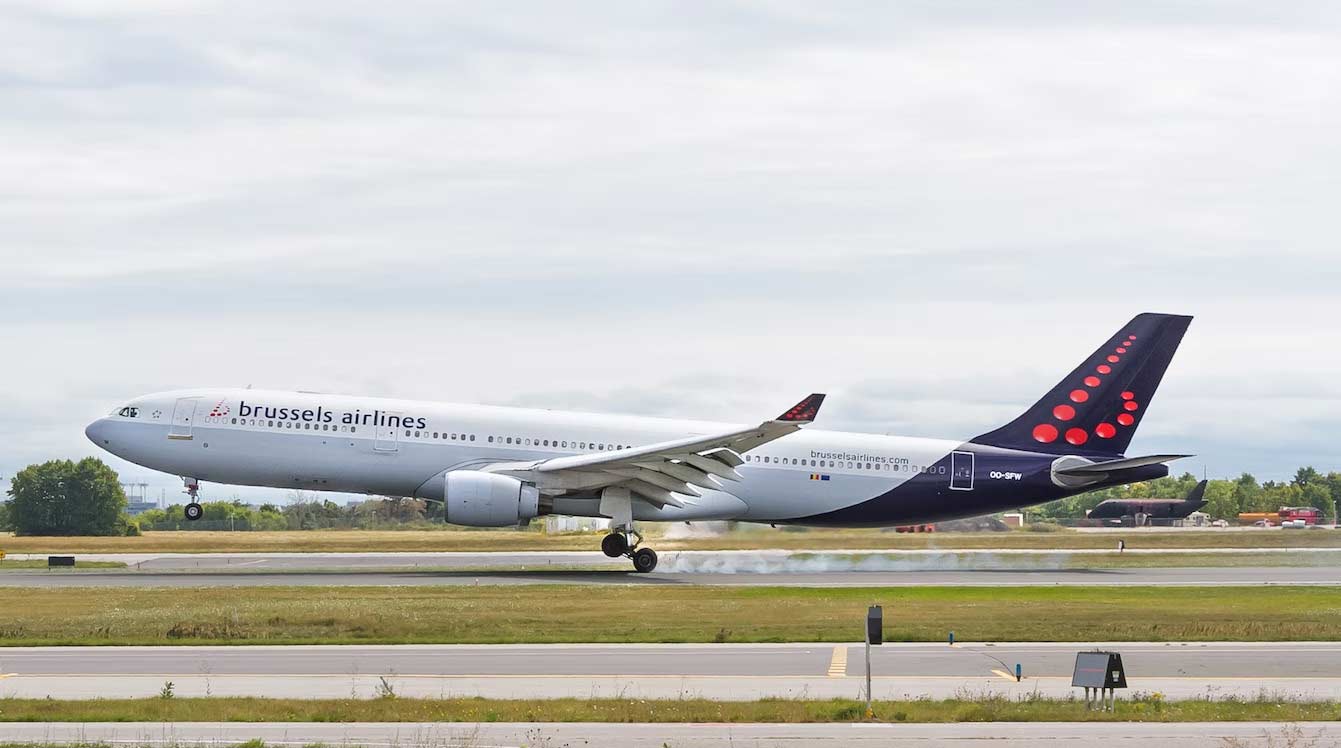 How to claim compensation for a Brussels Airlines flight delay?

If you flew with Brussels Airlines in the last 3 years and experienced a flight delay or cancellation, the EU Regulation 261/2004 will protect your air transport passenger rights and might ensure a financial compensation for your trouble.

However, the process of claiming compensation could be lengthy and overwhelming. This is where SkyRefund comes to the rescue. Our experienced team will help you claim your money back and take care of the entire legal process on your behalf. We work on a “no win, no fee” principle and will charge 35% of the reimbursement amount only when we win your case.

Is My Flight Eligible?

You can rely on us to handle the communication with the airline and all legal procedures for claiming your Brussels Airlines delayed flight compensation.

Am I entitled to compensation?

In the unfortunate event that your Brussels Airlines flight is delayed, the airline will be obliged to pay compensation only if you get to your final destination 3 or more hours later than the originally planned arrival time.

Keep in mind that according to EC261 you will not be eligible for compensation in case the delay is due to the so-called extraordinary circumstances, such as bad weather, medical emergencies, bird strikes, security risks, union and airport strikes (but not airline strikes).

You can easily check your flight’s eligibility with our flight delay compensation calculator.

How much compensation are you entitled to for your delayed flight?

Depending on your flight distance, you can get compensation from €250 up to €600. Fortunately, EC261 is valid for flights departing and arriving at EU airports, so you can also be compensated for long haul flights with Brussels Airlines. The table below will give you a detailed breakdown of the reimbursement amounts.

As we mentioned before, you have certain rights not only if you experience a delay but also if your flight is cancelled. In case of a Brussels Airlines flight cancellation, the carrier has to provide you with a refund for the ticket price you originally paid or offer you a reroute to your final destination.

Additionally, according to EC261 you are entitled to flight cancellation compensation if you were notified by the airline less than 14 days prior to the scheduled departure. You can consult the table below for the specific conditions that need to be fulfilled. The compensation amount again depends on the distance covered by the flight (or the whole journey if you had a connecting flight).

Do not hesitate to contact SkyRefund if you experienced a delayed or cancelled flight with Brussels Airlines. We will contact the customer services and handle the whole process for you.

Unfortunately, air passengers being denied boarding due to overbooking is not unheard of. However, EC261 protects your rights in these situations as well and depending on your flight itinerary, the reimbursement amount can also reach €600! You can check your eligibility with our compensation calculator and leave the rest to us.

Brussels Airlines was founded in 2002 and is considered the national airline of Belgium. Their main hub is Brussels airport and their address is in the Zone General Aviation - Airport Building 26, Diegem.

SN Brussels Airlines was formed after the previous Belgian flag carrier, Sabena, declared bankruptcy. In 2006, BA went on to merge with Virgin Express, a Brussels based low cost airline first established by Richard Branson’s Virgin Group. Brussels Airlines is currently owned by the SN Airholding, which has been part of the Lufthansa Group since 2016.

The airline is a member of the Star Alliance, the largest airline network worldwide that offers numerous benefits to frequent flyers.

Brussels Airlines offers three travel classes: economy, premium economy, and business. The economy class comes with complimentary drinks and meal service on long-haul flights only while business class passengers can enjoy a bistronomic experience with hot meals no matter how long the journey is.

Based on 515 reviews in the leading airline ranking website Skytrax, Brussels Airlines received a 5/10 score. Customers rated the airline on the following criteria: the staff service, seat comfort, in-flight entertainment, and meals, snacks and drinks. They also had to estimate the overall value for money.