September appears to be a dreadful month for the airlines flying above Europe.  Following the fall of the oldest air carrier in the UK - Thomas Cook, now Slovenia’s Adria Airways is the next one that goes into bankruptcy.

On 23 September 2019 Adria Airways announced that it is temporarily suspending flights. The Civil Aviation Agency (CAA) decided not to terminate the certificate of the airline, granting Adria a week to provide a possible solution. In a statement, the company said that their goal was to find a potential investor, to make Adria Airways fly again.

The future of the company remained unclear. Due to unpaid commitments several lessors cancelled leasing agreements, leaving the company with a fleet of only ten aircraft.

On September 26, Adria Airways stated that they will continue to operate flights between Ljubljana and Frankfurt, emphasizing the fact that “Ljubljana was their most important hub”.

Passengers were advised to check their flight status before going to the airport due to the number of cancelled flights. Almost all of Adria’s operations on Tuesday and Wednesday were ceased. According to Reuters, 3,700 passengers were potentially affected as charter flights to and from Slovenia, Netherlands, Turkey, North Macedonia, Montenegro, Albania, Germany, Switzerland, France, Belgium, Austria, Kosovo and Greece were cancelled. 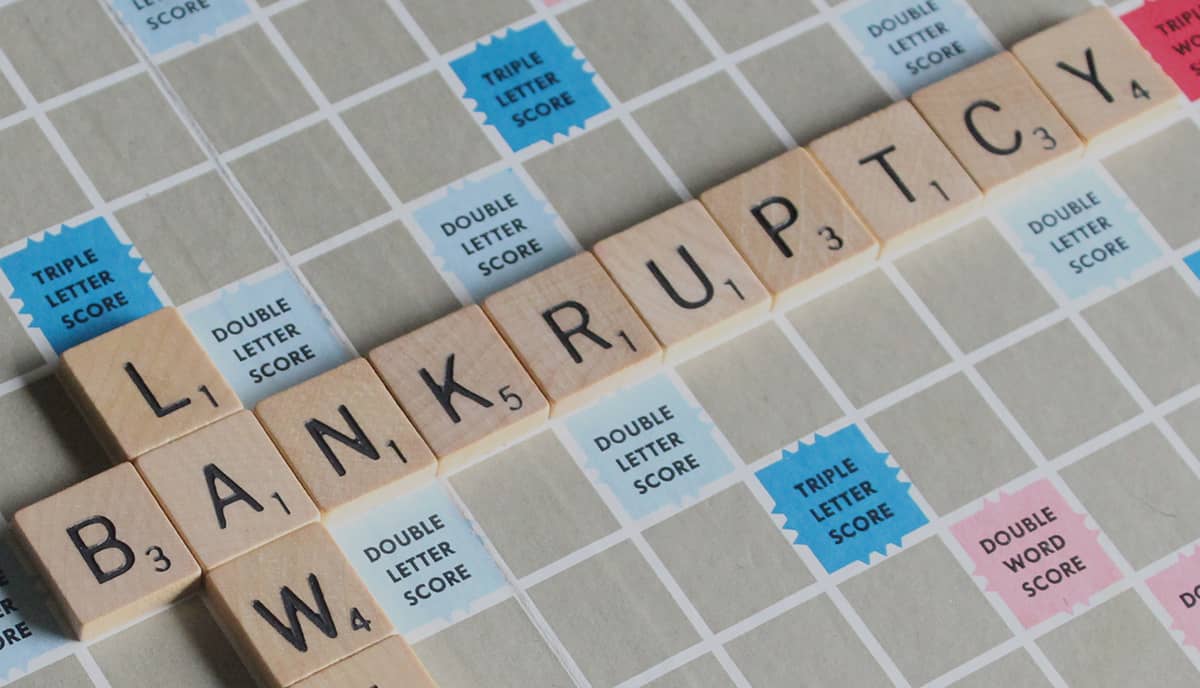 The company’s insolvency and the obligations based on the “Slovenian Financial Operations, Insolvency Proceedings and Compulsory Dissolution Act(ZFPPIPP)” obligated the management to take the appropriate actions. Furthermore, the company announced the cancellation of all its scheduled flights.

Adria Airways added: “The company deeply regrets the situation and apologizes to all its passengers and partners”.

The Rise of Adria Airways

The company, founded in March 1961, made its first commercial flight the same year in August. During the following years, the company expanded to new markets, acquiring new tourist flights from Germany, the United Kingdom, Netherlands and the United Nations. In 1967 the company faced its first major crisis which ended with a bankruptcy procedure. Adria was then saved and merged with Serbia’s InterExport.

In the 1970s and 1980s the company went full speed ahead into its modernisation era. New jet aircraft were purchased. The expanding of the fleet resulted in more flights, new destinations and business growth. A commercial law restructuring programme led to the transformation of Adria into an independent company, a member of IATA.

During the 1990s Slovenia gained independence from Yugoslavia. At that time Adria had to re-think its business strategy. Their fleet was so big that many aircraft had to be leased across the globe. In 1992 the company became Slovenia’s national air carrier which made the government the major shareholder. 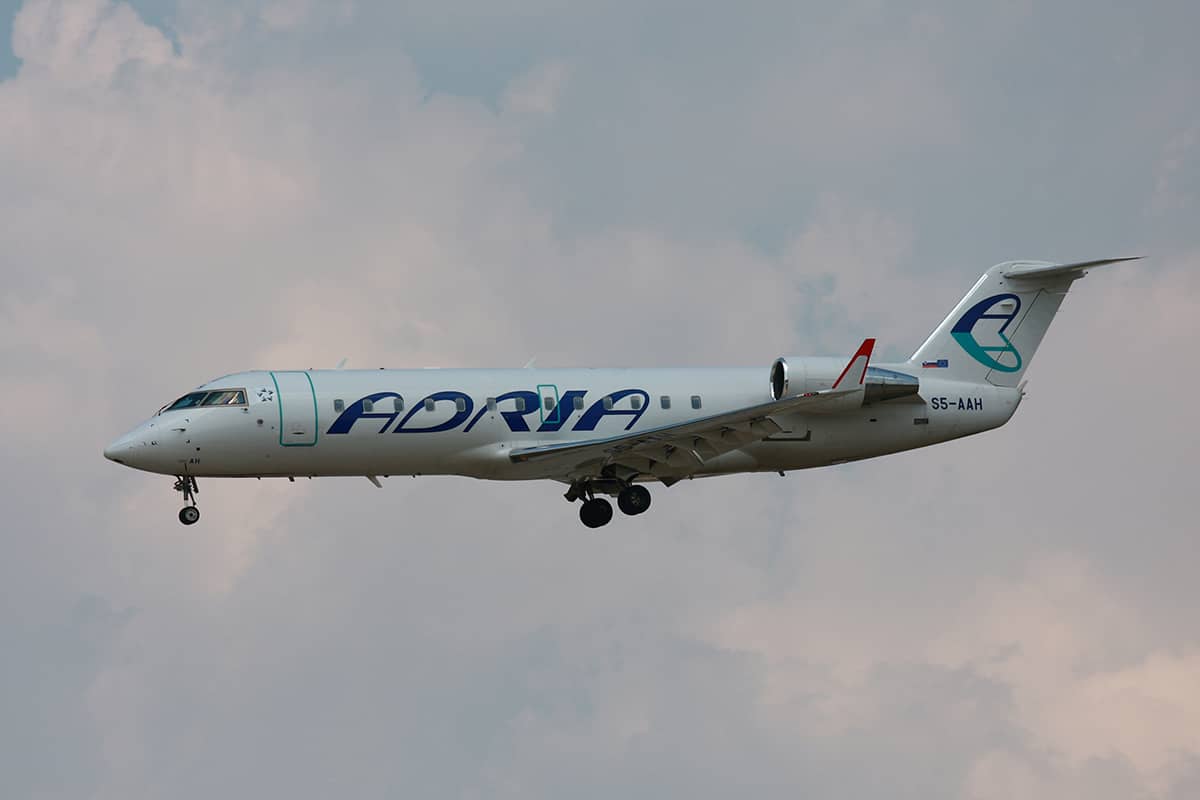 New “Bombardier” aircraft arrived, expanding the company’s fleet in the 2000s. Adria continued expanding its markets on the Balkans.

The company was part of Star Alliance and a partner of Lufthansa. Adria Airways operated a number of flights for Lufthansa through codeshare agreements and even used the frequent flyer program of the Lufthansa Group called “Miles & More”.

The Fall of Adria Airways

The airline started the 2010s with two fresh additions to their fleet from Airbus but with an accumulated loss of €63 million in total.

Following the eruption of “Eyjafjallajökull” in Iceland many airlines in Europe were then grounded including Adria. Despite the new additions to the fleet, the CEO and the executive director both resigned due to poor results in the previous years. New management was formed and the company crafted a new restructuring plan, sealing a deal with several banks and Slovenia’s government for nearly €70 million.

2016 marks the year for Adria’s privatization. Exactly 96% of its shares were acquired by a Luxembourg-based restructuring fund, called “4K Invest”. The CEO of Adria was replaced and the company focused on its main hub - Ljubljana Airport. In January 2019, the airline announced that it would shut down operations from Germany to London, Vienna and Zurich, following major route cuts from its main hub in Ljubljana.

The economy minister Zdravko Pocivalsek expects a hit on Slovenia’s economy and tourism industry. According to Slovenia’s government, the only way for Adria Airways to recover from the crisis is a completely new ownership accompanied with a financial restructuring and a new business strategy.

Furthermore, the government expects other carriers to help passengers in a possible bankruptcy scenario. According to the economy minister, Slovenia has a “tremendous tourist potential” and carriers can take advantage of the country’s need for air connectivity. The Slovenian government is considering the creation of a new airline which could fill the gaps in the international connectivity of the country.

How the situation affects your customer rights?

According to the latest news, more than 10,000 passengers were affected by the flight cancellations of Adria Airways. As of September, 30th, 2019, all scheduled flights are cancelled.

If you are one of those affected passengers, you are probably asking the following questions:

Can I book future flights?

Can I claim compensation for my cancelled flight?

Unfortunately due to the company’ position and the bankruptcy proceedings, Adria Airways ceased all operations. The state of insolvency means that the airline cannot freely manage its assets and thus initiate voluntary payments. Adria Airways cannot process any claims under regulation EC 261/2004 unless it is revived.

SkyRefund will keep you informed of new developments regarding the airline.

How the bankruptcy of Adria Airways affects the air traffic?

The company was a major connection from Ljubljana to many important destinations, some of them being: Brussels, Frankfurt, Vienna, Munich and Zurich. The position of Adria Airways gave local passengers access to other Lufthansa Group hubs. Following the situation, a new long-term plan has to be made as Ljubljana Airport has lost its connections to major cities and capitals.

With the amount of cancelled flights, it is advisable for passengers to seek other ways of transportation cities nearby.

There is heavy turbulence among the airlines in the skies above Europe. Adria Airways follows Thomas Cook Airlines and two French carriers - XL Airways and Aigle Azur into bankruptcy.

Is the rapid growth of low-cost carriers, the main problem for small national airlines or September made it impossible for struggling businesses to pay off the bills that are due from the summer?

We will keep you updated.