The busiest airports in the world are major connecting hubs for travellers from around the globe.

The list below consists of airports ranked by the volume of passengers. This includes all departing, arriving, transferring and direct transfer passengers.

The ranking is based on the figures from the last report released by the Airports Council International(ACI).

We have a separate article ranking the biggest airports in the world by area - make sure you check it out.

Which are the world’s busiest airports by passenger number? 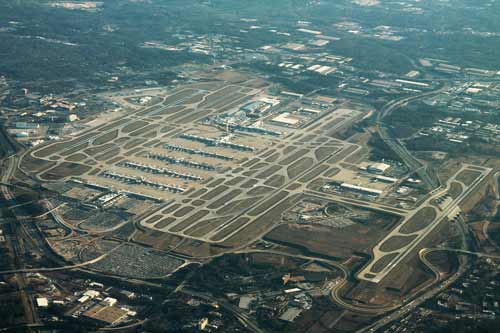 Hartsfield-Jackson has been the world’s biggest airport by passenger traffic since 2000. In 2019, more than 110 million passengers arrive or depart from Atlanta International Airport.

It is also the second busiest airport in the world by aircraft movements.

ATL serves as the main hub of Delta Air Lines, which operate 72% of its flights. 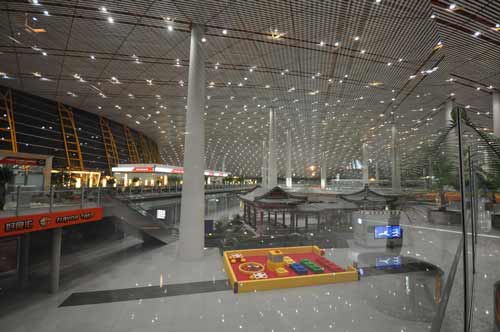 Beijing Capital opened in the 1950s but only in the last decade, it has risen to one of the busiest airports in the world in terms of number of passengers: in 2019, they exceeded 100 million.

It is a hub for China’s major airlines: Air China, China Eastern and China Southern Airlines, as well as Hainan.

Beijing Capital has become an important meeting point of Asia, Europe and North America, but the airport has retained its Chinese roots. Passengers can walk through miniature imperial architecture with gardens and bridges imitating Beijing’s famous Summer Palace. Those with a longer layover can also pay a short trip to the Great Wall of China.

As one of the largest airports in the world and a major world hub, BCIA offers more than 70 different restaurants with food from around the globe. In addition, the airport has more than four football fields of area with retail and services options. 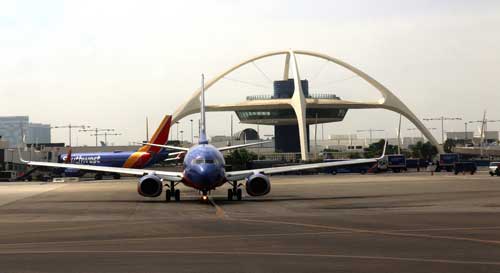 This airport served more than 88 million passengers in 2019, becoming the third busiest airport in the world. It comes second in the United States for passenger movements.

It is also the fourth busiest airport by aircraft movement worldwide.

LAX is a major connection point for international flights, particularly to other countries in North America, South America and Asia.

As it is by far the largest airport on the East Coast, it serves as a hub for all major US airlines.

If you ever find yourself in the area, make sure to pronounce the letters of LAX separately. The airport’s designation used to be just LA until the 1930s. Aviation’s rapid growth, however, necessitated three-letter identifiers, so an “X” was added. 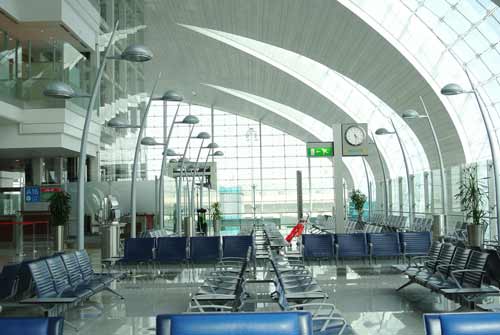 If we were ranking the world’s largest airports by international flight traffic, Dubai International Airport would have topped the list. It is the major transport hub in the Middle East. However, due to the smaller number of domestic flights, this airport in the United Arab Emirates ranks as the fourth biggest airport in the world.

DXB is the main hub for the city’s two international carriers- Emirates and flydubai. Another 140 airlines operate flights to and from the airport.

Hand in hand with Dubai’s increasing popularity in the last two decades, the airport’s growth passenger traffic has been staggering - more than 86 million in 2019.

When Terminal 3 was built, it became the largest building in the world by area.

DXB contributes a staggering $27 billion to Dubai’s economy which equals nearly 27% of its GDP. Aviation in Dubai also contributes to 21% of employment. 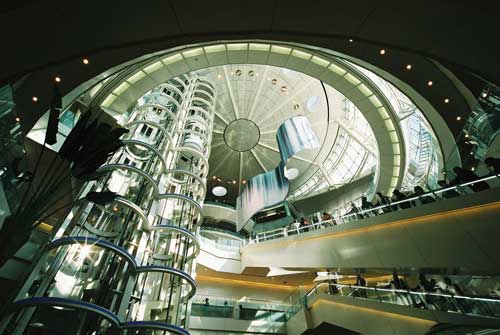 It makes sense that the largest metropolitan area in the world would also house one of the busiest airports worldwide. In 2019, HND accommodated over 85 million travelers.

It is the major hub for Japan’s two biggest airlines: All Nippon Airways and Japan Airlines.

If you are connecting at Tokyo Haneda, make sure to stroll down Edo-koji street. The restaurants and shops there are designed to imitate the traditional Japanese architecture and you can find fantastic food and memorable souvenirs to complete your trip to Japan.

Tokyo Haneda was ranked #3 among the world's best airports in 2018 according to Skytrax. In addition, it was voted World’s Cleanest Airport and World’s Best Domestic Airport in 2018. 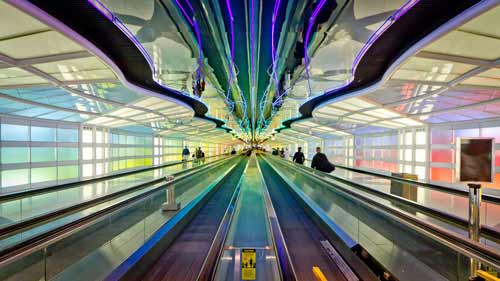 Chicago O’Hare was the most used airport in the world between 1963 and 1998. With over 84 million passengers served in 2019, it is the sixth busiest airport globally.

According to data from 2020, it is also the busiest airport in the world by aircraft movements.

After becoming a symbol of the jet area in the 1960s and 1970s, America’s second largest airport continues to be a pioneer of innovations.

It was the first airport in the world to host an apiary which became home to more than a million bees. The bees were kept by former convicts from the Chicago, Illinois area in a successful effort to teach the former prisoners new skills and help them become more employable.

In addition, the airport hosts the first aeroponic garden. Its produce supplies the various restaurants in the terminal.

ORD is a major hub for United Airlines and American Airlines. 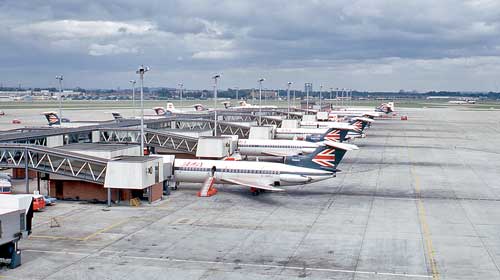 With its 80 million passengers per year, Heathrow is the busiest airport in Europe and the seventh in the world. It is a major part of London’s airport system, which is the biggest in the world.

It consists of four active terminals (T2-T4). Three of them are dedicated to the three major alliances and the fourth-- to British Airways.

LHR is a major hub for British Airways and Virgin Atlantic.

The most common international routes are to and from New York- JFK, Dubai International Airport and Dublin. 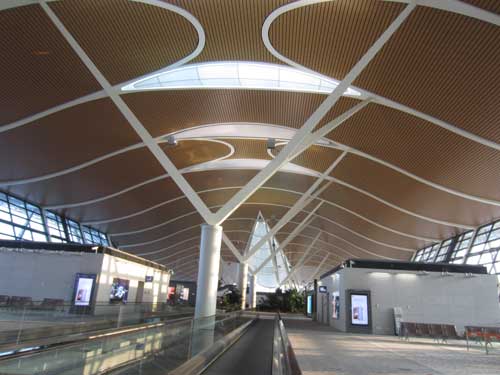 Shanghai Pudong only entered the top 10 of the largest global airports in 2016. As of 2019, Shanghai Pudong served 76 million passengers on mostly international flights. The main reason behind this growth is the airport’s expansion, completed in 2015, which effectively doubled its capacity. Today, the airport has two terminals and five runways.

While Pudong’s passenger concourses may not be that impressive in and of themselves, you could take a maglev (magnetic levitation) train to the city and feel your heart rate rise as the train’s speed surpasses 430 km/h. 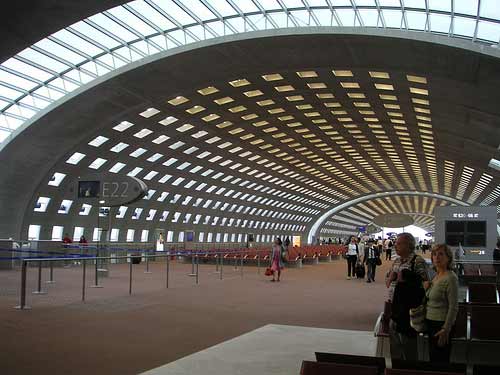 Paris CDG is the second largest international airport in Europe after London Heathrow and in light of Brexit, it is expected to become the busiest airport in the EU. The airport accommodated 76 million passenger arrivals and departures in 2019.

Paris Charles de Gaulle, France’s largest airport, was built in an avant-garde style in the 1960s and 70s and consists of 3 terminals. They host flights departing and arriving from six different continents. 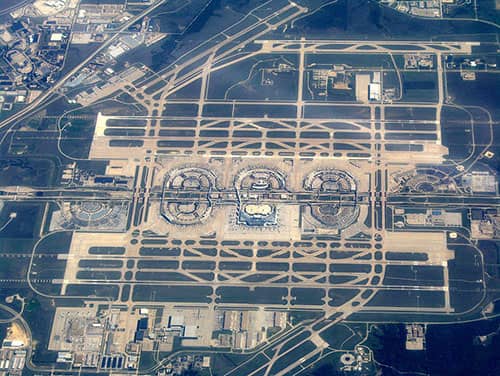 In 2019, passenger traffic at DFW exceeded 75 million. This is the largest hub for American Airlines.

Here are the rest of the top 20 busiest airports in the world: